How to Choose the Social Platforms that Will Benefit Your Business

You can’t ignore social media for your digital marketing strategy. Proper use of social media gets you better online exposure, as well as all the tools you could need to build brand awareness, generate more traffic and leads and improve your understanding of your ideal customers.

However, you shouldn’t spread yourself too thin. Identifying the right social media to build a presence on, is crucial if you don’t want to overspend.

Here’s how to choose the social platforms that will benefit your business and digital marketing strategy:

Being aware of the most critical social media related statistics is vital for determining where your target audience spends time. Since social networks are all about interaction, engaging your target audience is one of the benefits of using them. However, your efforts would be wasted on a predominantly female-oriented platform if you’re selling a product that targets men. Let’s have a look at some of the essential stats for major social media platforms:

Once you’ve done sufficient research on the demographics of social media usage, you can determine which channels you are going to use. A lot will depend on your brand, product or service. For example, Facebook has many strengths if you plan to use its advertising platform. On the other hand, social networks like Instagram could be great for working with influencers in your niche. Finally, LinkedIn’s main strength is the ability to use the platform’s tools for lead generation, especially useful to B2B companies.

Don’t go overboard trying to use every single platform, and focus on those where you have the best chance of reaching your target audience

As you can tell, there’s more to social media marketing than meets the eye. There are no shortcuts — you have to go through the relevant statistics to determine where to focus your efforts. At Wink Media, we can help you come up with a social media marketing strategy that will give you the most value for your money.

Need Help Marketing for Your Service Business? We’re Here for You!

If you’ve been struggling with marketing the home services your business offers, give these tips a try today. If you need additional help, our home services marketing agency is here for you. 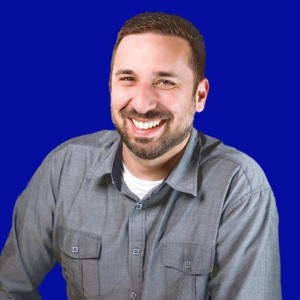 Signup to receive FREE tips & recommendations that can help increase your booked appointments.

KPIs in Digital Marketing: Which of Them To Track for Your HVAC Business

Keeping track of your key performance indicators (KPIs) when managing an HVAC company is essential for business growth. However, measuring KPIs in digital marketing can

What Google E.A.T. Means and Its Importance for Your HVAC Marketing

Mastering Google ranking factors is likely one of the last things you thought you’d need to worry about as an HVAC business owner. As more

Digital marketing is the key to driving ANY business in the 21st century. It’s even more important for HVAC business owners to keep up with

We’ve got you, contact us or request a call back today.
Let’s talk about how we can make an impact with your brand or business today.